Samples:
You can follow me here during the distillation of my own lavender from my garden in a local still of 800 liters (2017)

(Video on my own server: coul load slowly)

Small scale distillation in your home

I’ve been distilling for over 20 years in small glass stills, blown by several Pyrex glass blowers.
Several people who attended my internships and courses expressed their desire to be able to do the same thing, for example herbalists wishing to use it for their courses.
So I started producing several stills for this purpose.
Now similar small stills work in France, Belgium and then Portugal.
During my aromatherapy courses I always take my trainees to my garden, to pick some plants and proceed to a small distillation.
I have chosen, after several years of experience with smaller stills, to use the volume of 10 liters (which can hold about three kg of fresh plants), in order to obtain acceptable volumes of essential oils.

Some images of small scale distillation of savory: (2007) 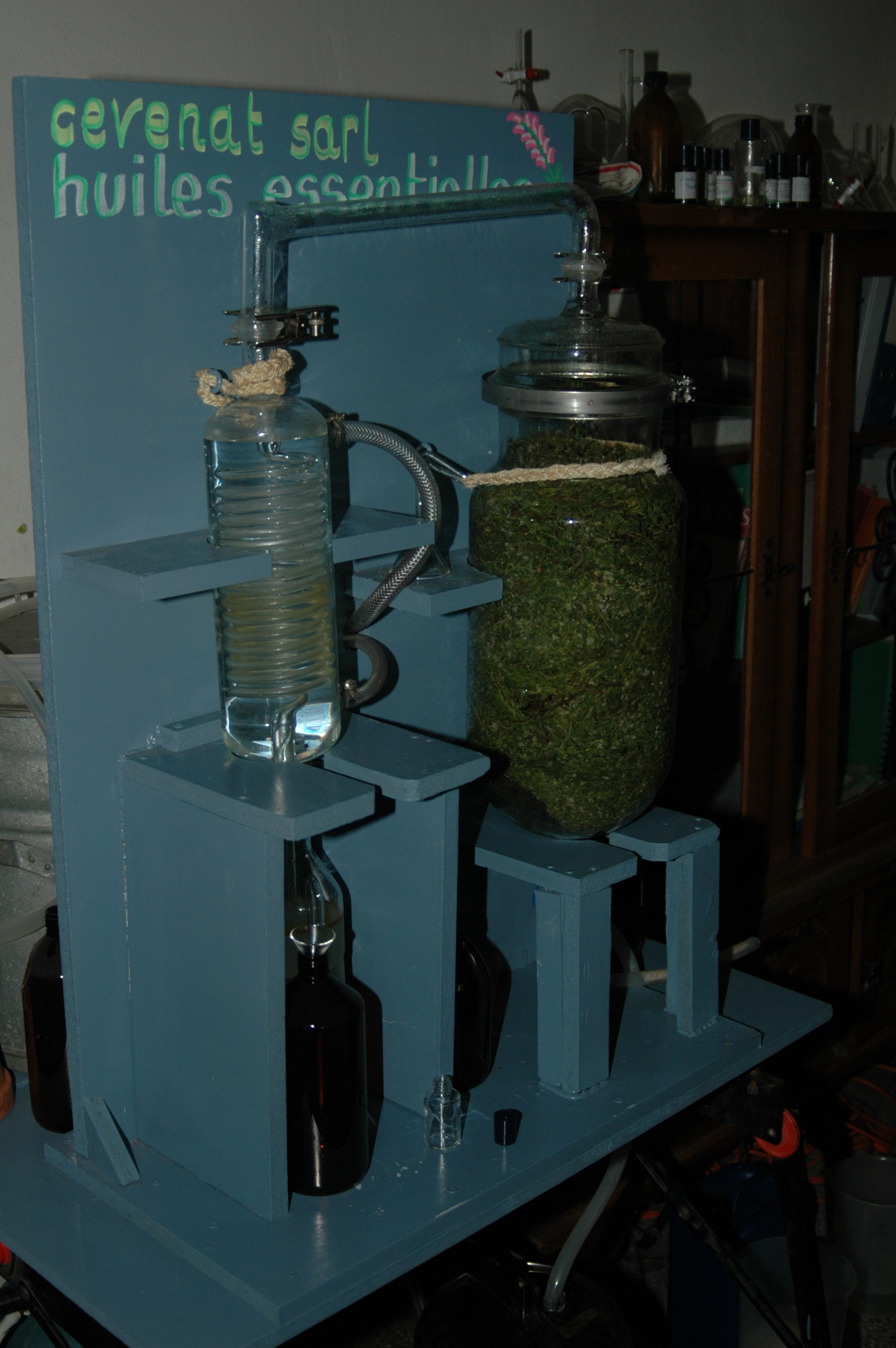 From the left: cooling system, the still filled with savory

Detailed image of the still filled with savory 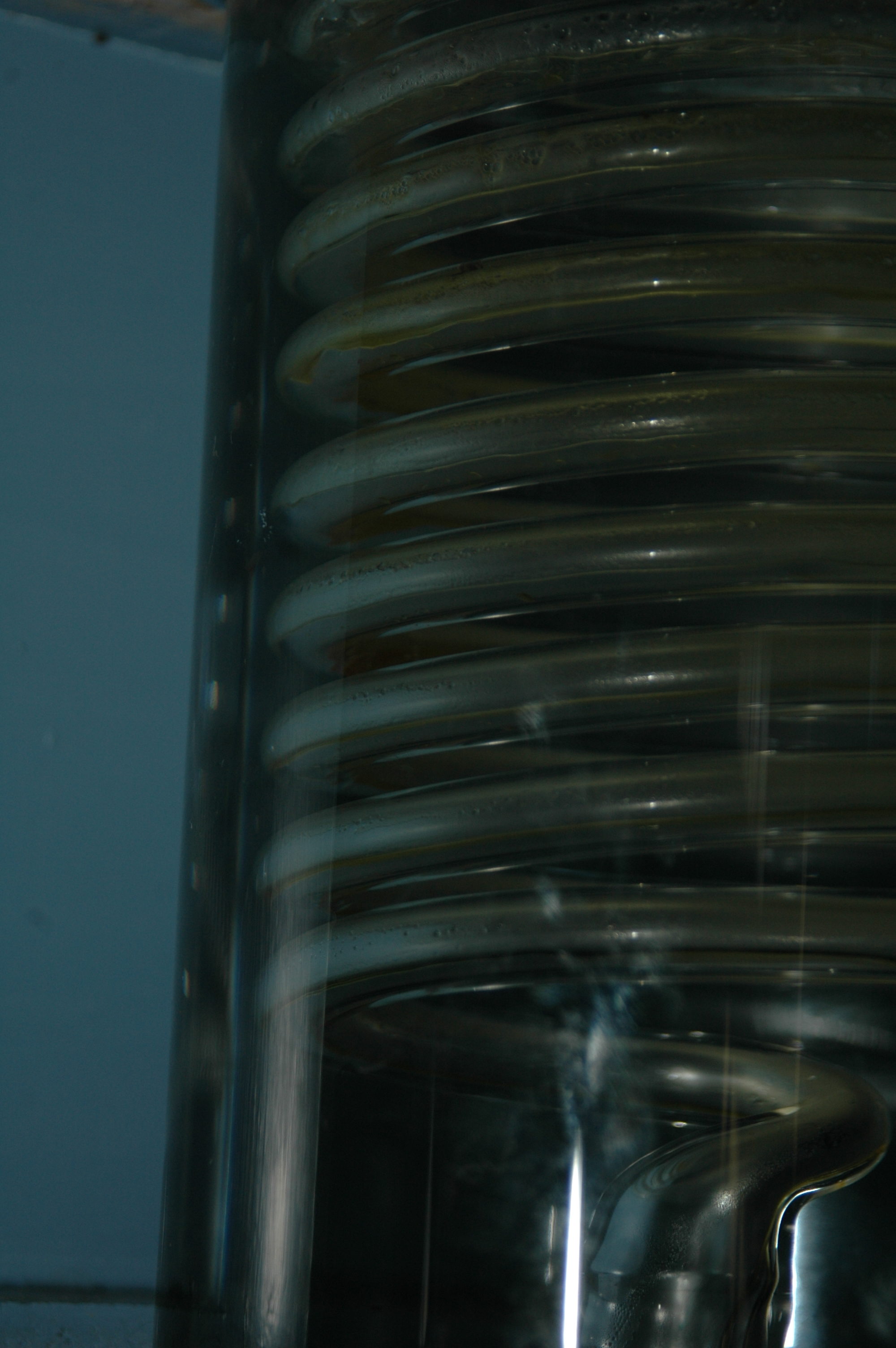 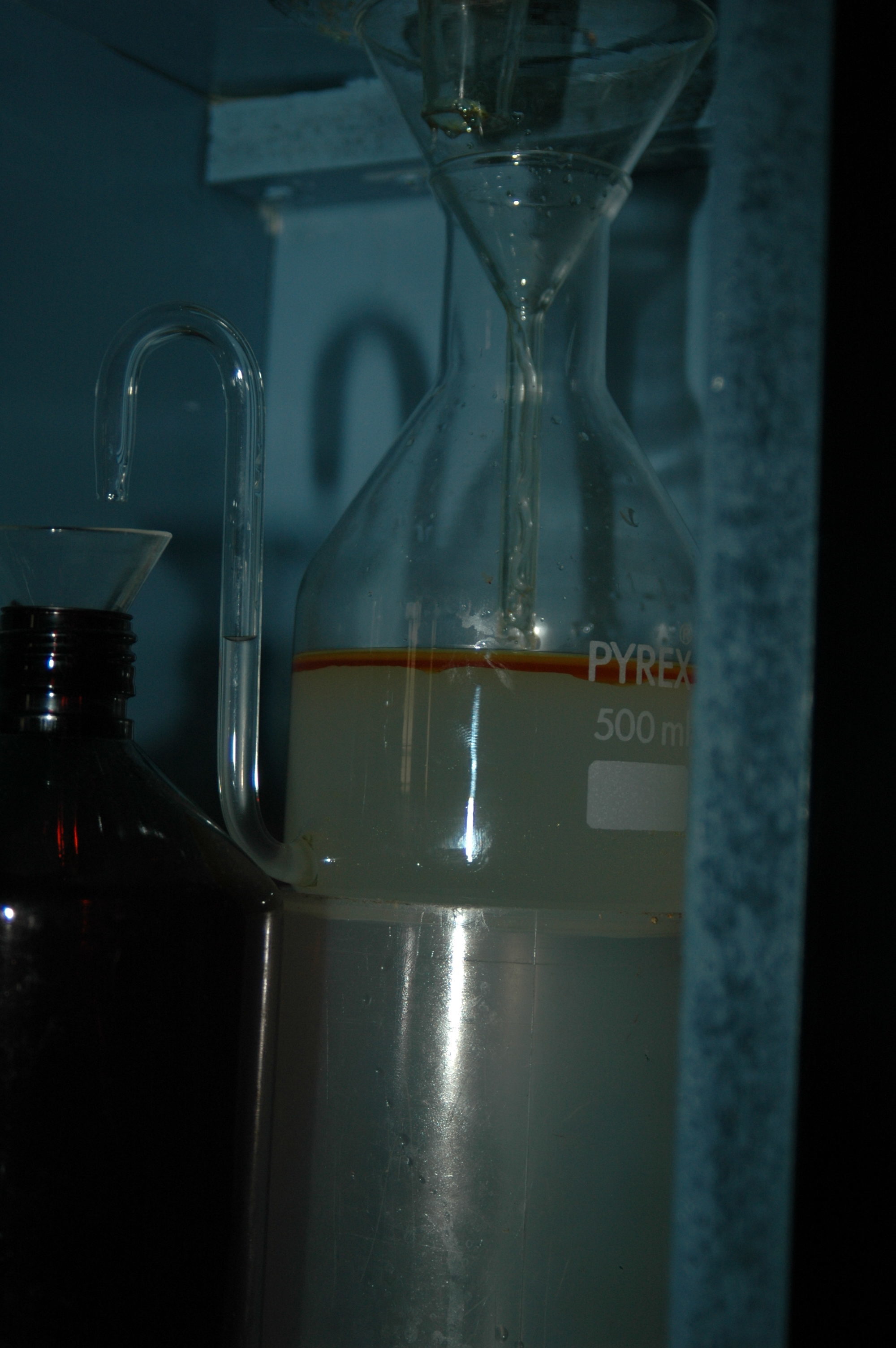 The separation system (florentin), permitting, through the effect of commuicating vessels, to separate the essential oil and the hydrolate (hydrosol) 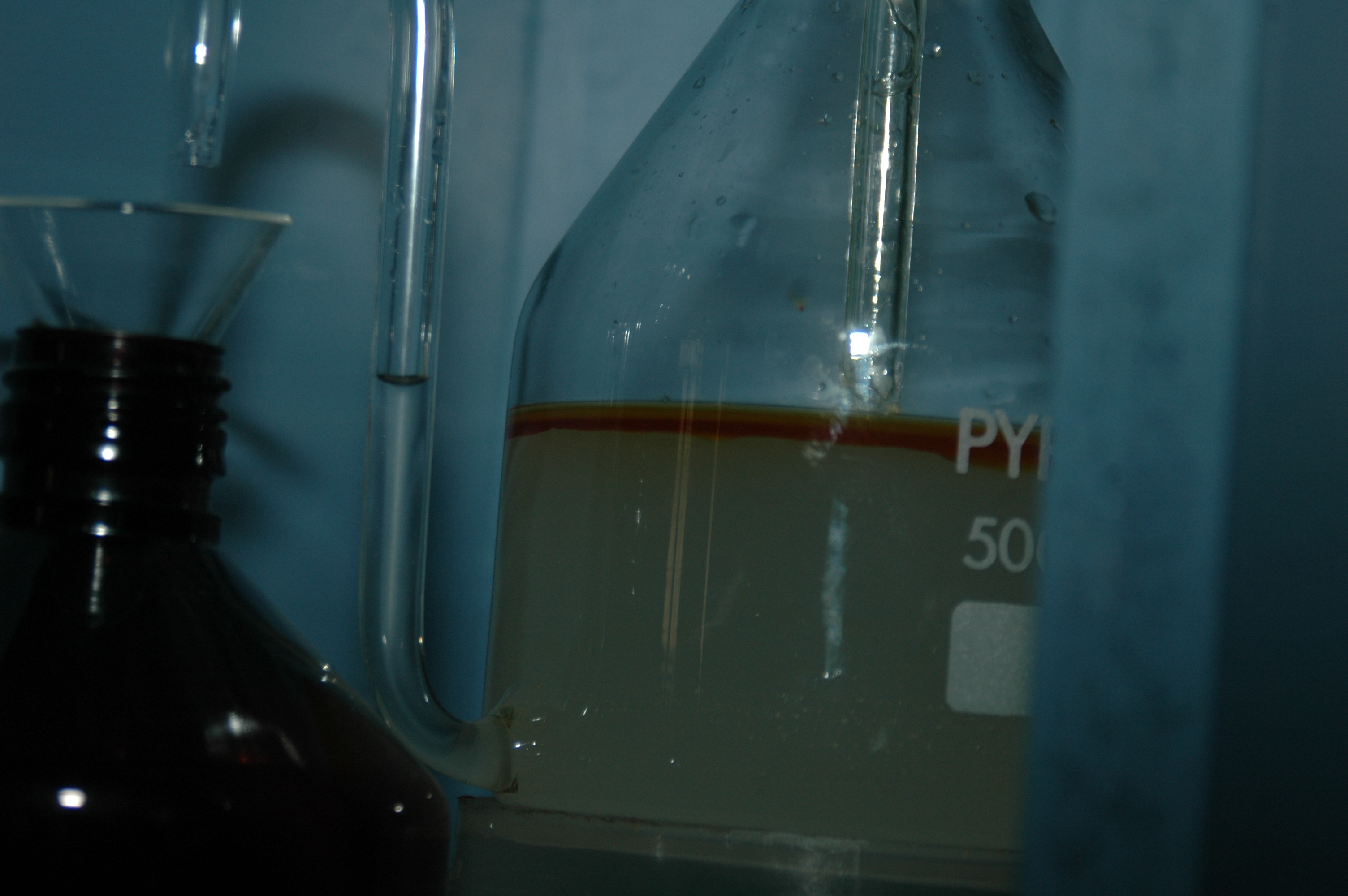 You can clearly see the reddish colored savory essential oil floating on the water. 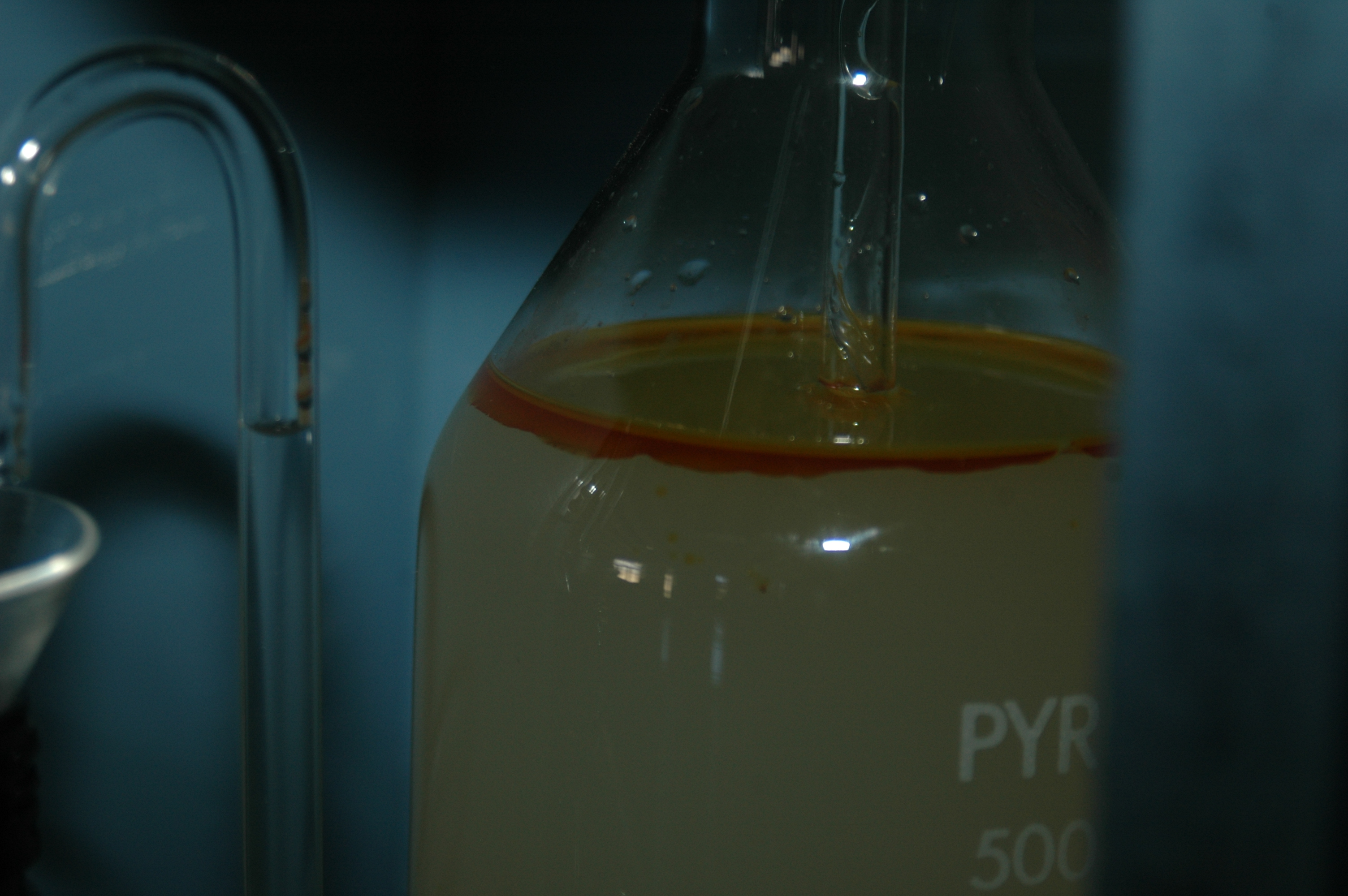 Detail of the essential oil. 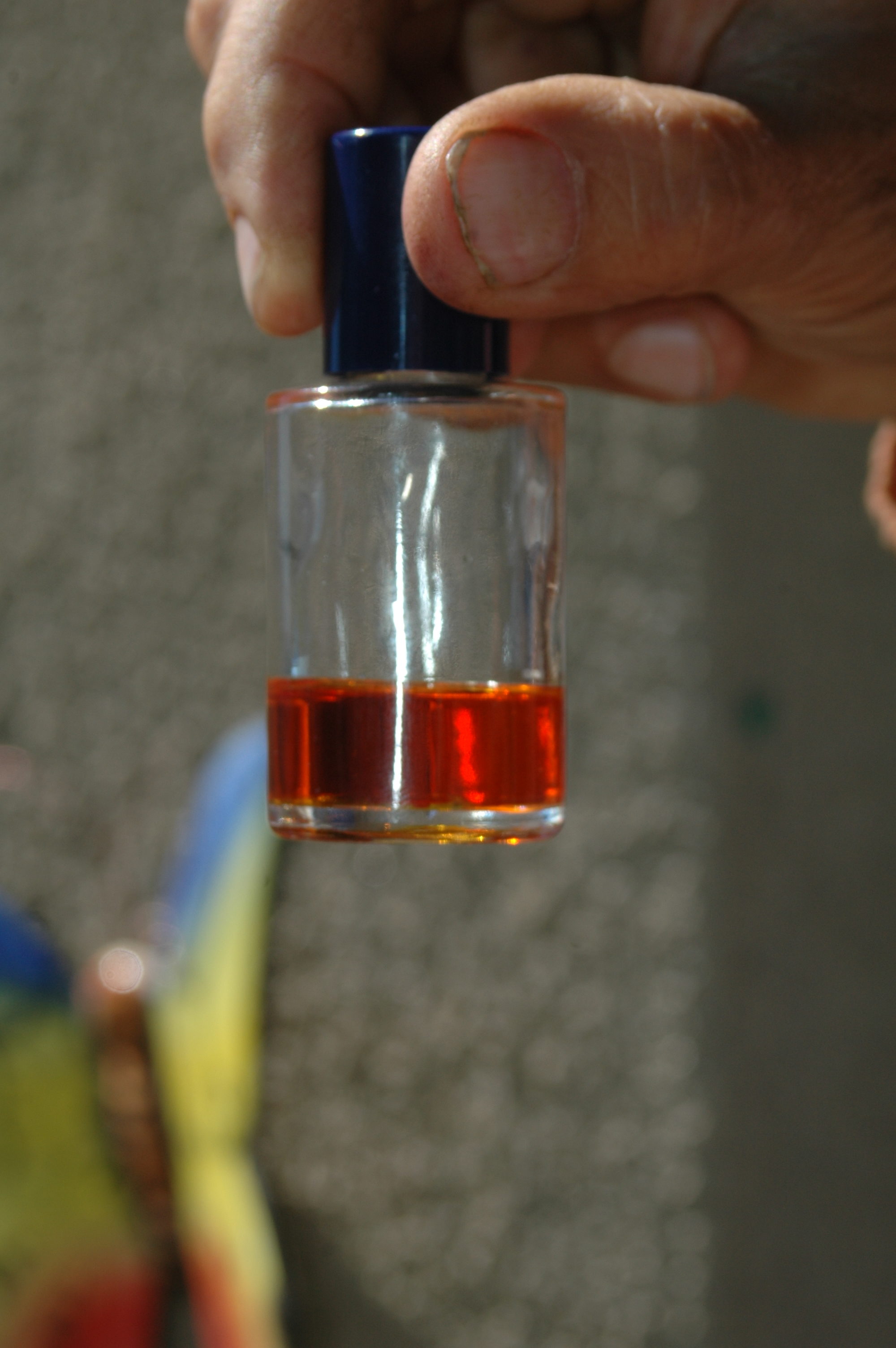 The result: between 8 and 10 ml of savory essential oil.